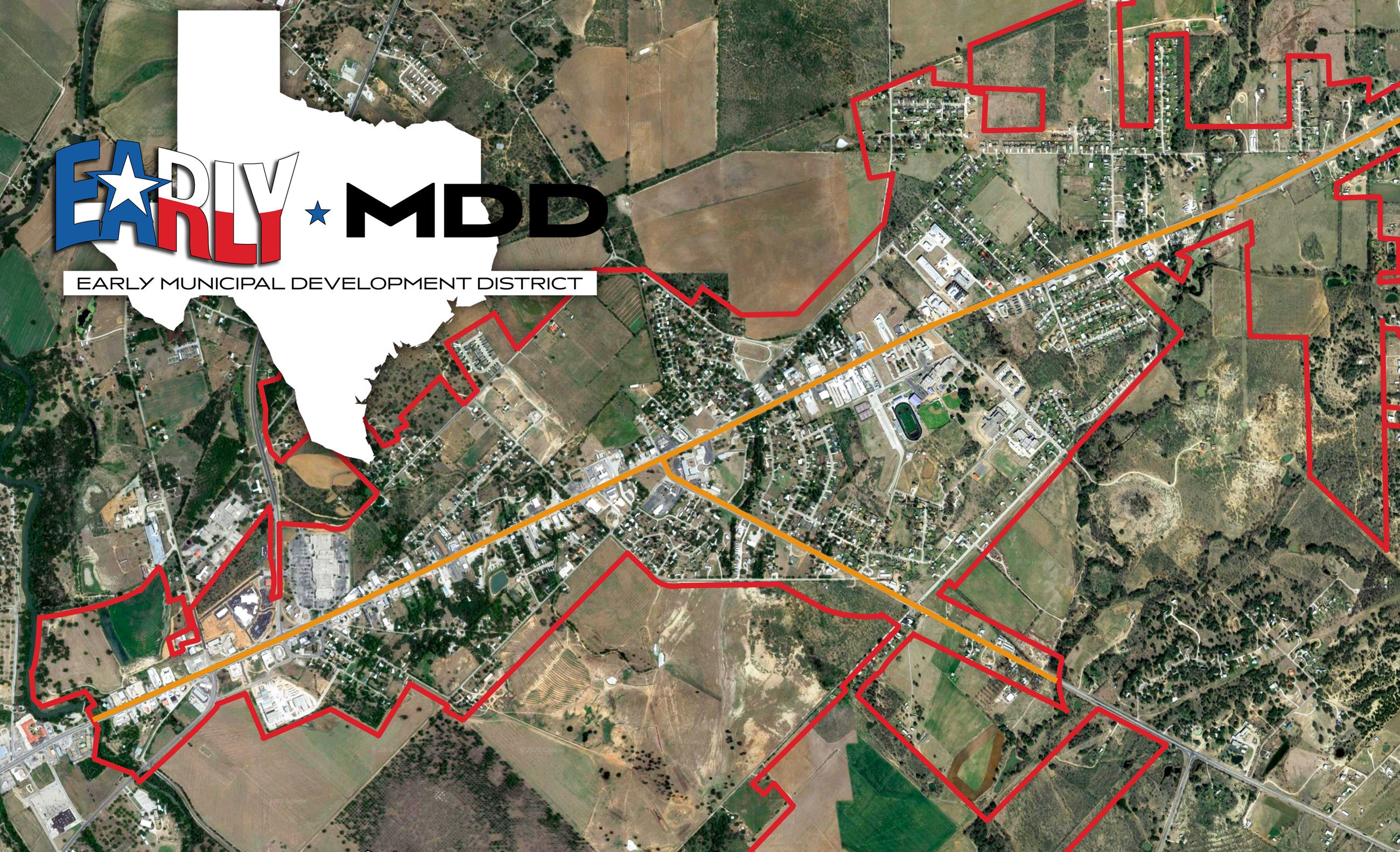 About the Early MDD

The Early Municipal Development District was formed in May of 2016 by a vote of the Citizens of Early. The Early MDD replaced the Early Economic Development Corporation and is funded via a half cent sales tax and operated by a board of 5 members who are listed below.

Projects and Construction Around Early